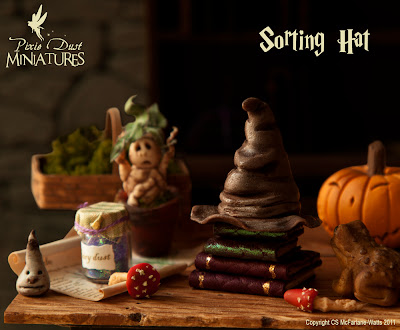 Can you believe the final installment of

is creeping up... the 15th July is less than a month away!

I was asked to participate in an event for die hard Potter fans at the Cinemark at University Mall in Orem, Utah for the midnight premier of Harry Potter 7 'Deathly Hallows Part 2'. They have a magic and wizardy night of events planned including goodie bag giveaways and I made a Sorting Hat in 1:12 (one inch) scale for the occasion! It will go to one of those serious Harry Potter fans, and I'm sure it couldn't go to a more enthusiastic person! 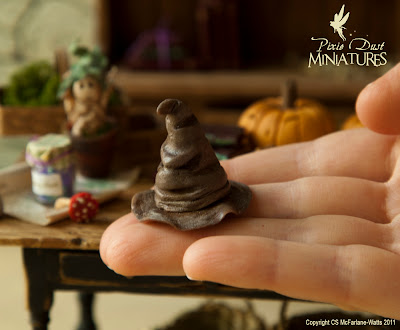 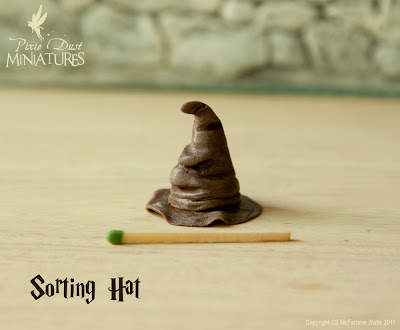 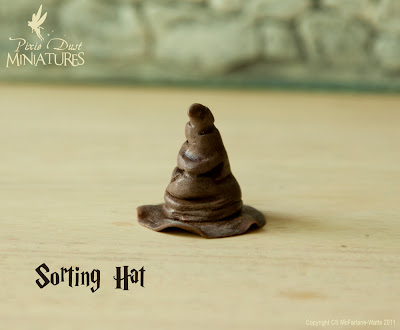 Yep, I decided to give away the little enchanted stone bottle that I didn't want to sell. So long little friend... have fun in London.

Don't fret if you wanted an enchanted stone bottle - there are actually two left at my online store and I'll be making some more - each one different and a 'one of a kind'. 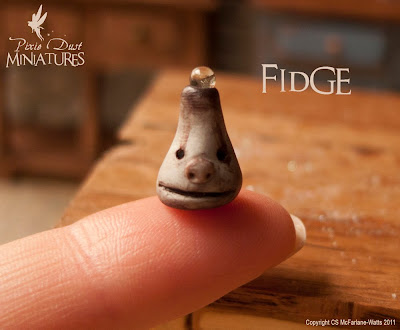 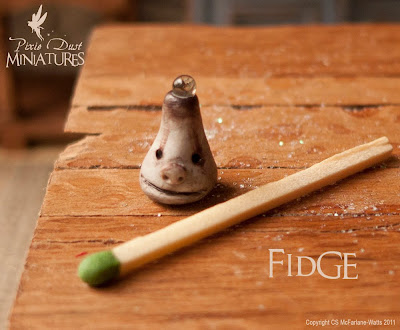 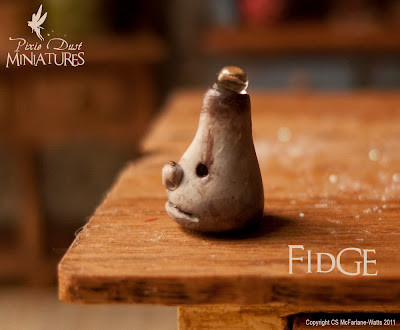 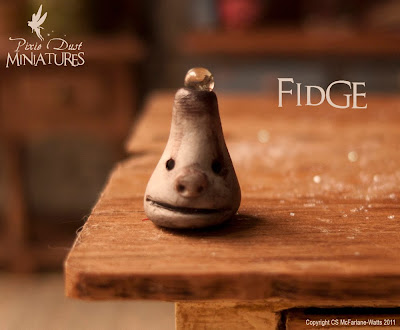 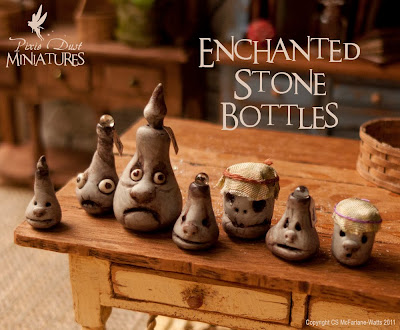 Posted by Caroline at 5:15 PM 1 comments

Take one back to your potting shed!

Mandrake Seedlings are now available at my store here. Each one is different and so you have 5 to choose from. 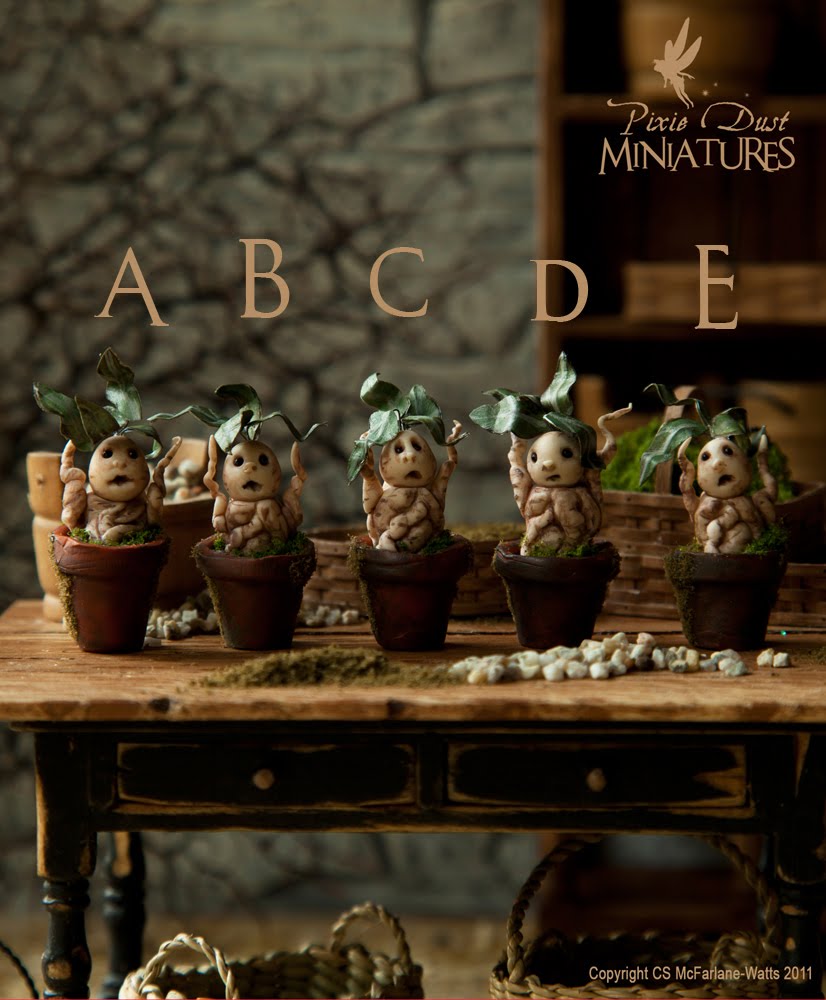 harry potter dollhouse or dolls house miniature magic, mandrake from the movie harry potter and the chamber of secrets, hogwarts potting shed, one inch scale miniatures for your witch and wizard dollhouse
Posted by Caroline at 8:33 PM 0 comments

We avid fantasy fans all remember the scene in 'Harry Potter and the Chamber of Secrets' (2002) when the pupils of Hogwarts had to re-pot mandrake... but if you're not familiar with this 'magical' plant, here's a snippet from the Harry Potter wiki:

"A Mandrake, also known as Mandragora, is a plant which has a root that looks like a human (like a baby when the plant is young, but maturing as the plant grows)...Whenever unearthed, the root screams."

Even Shakespeare referenced the mythological cries:

"Shrieks like mandrakes' torn out of the earth." (Romeo and Juliet)

Fun stuff. But don't forget, neither Shakespeare nor Rowling invented mandrake for their prose. It does in fact exist and can indeed resemble a human form.

And now onto my interpretation of the famous plant! I've spent the day in the potting shed with these little seedlings, and here are a few snaps. 1:12 (one inch) scale and entirely handmade by myself without the use of molds, and out of polymer clay. Available at my online store shortly. 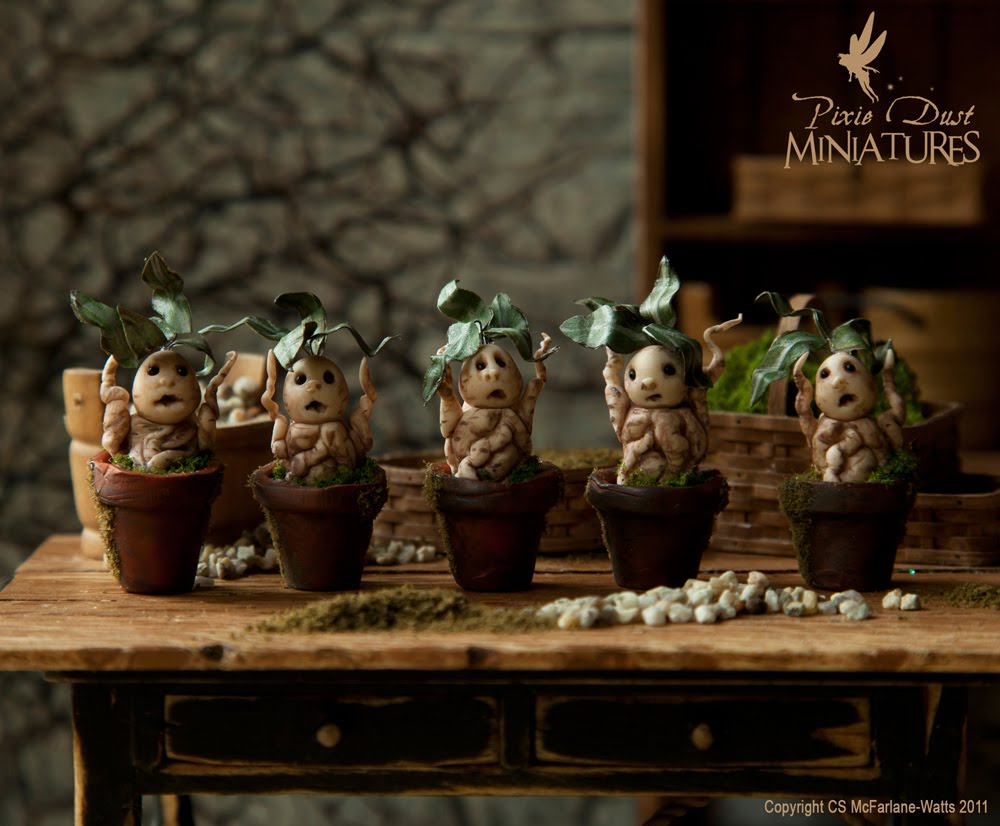 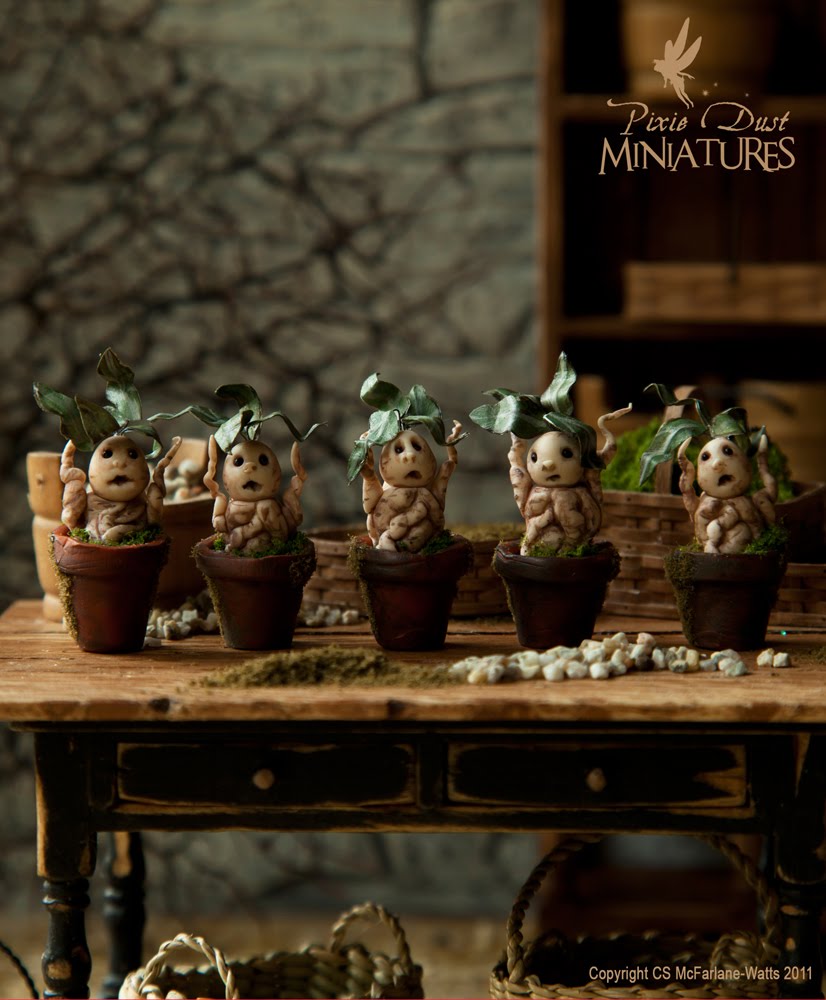 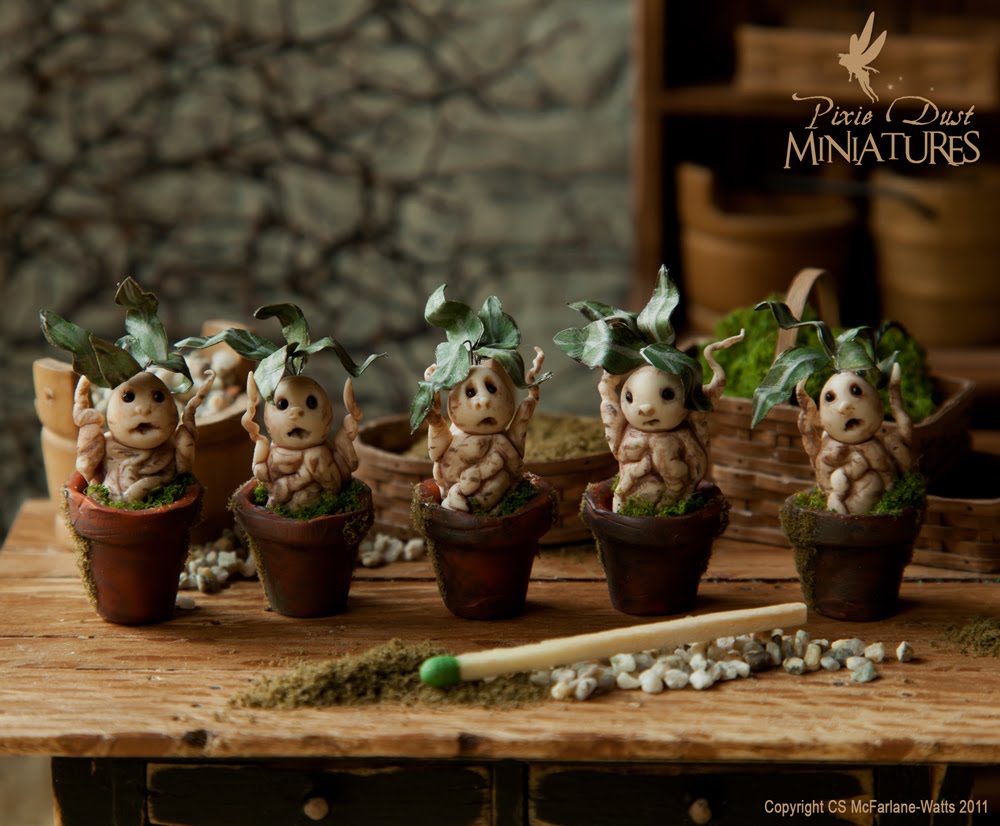 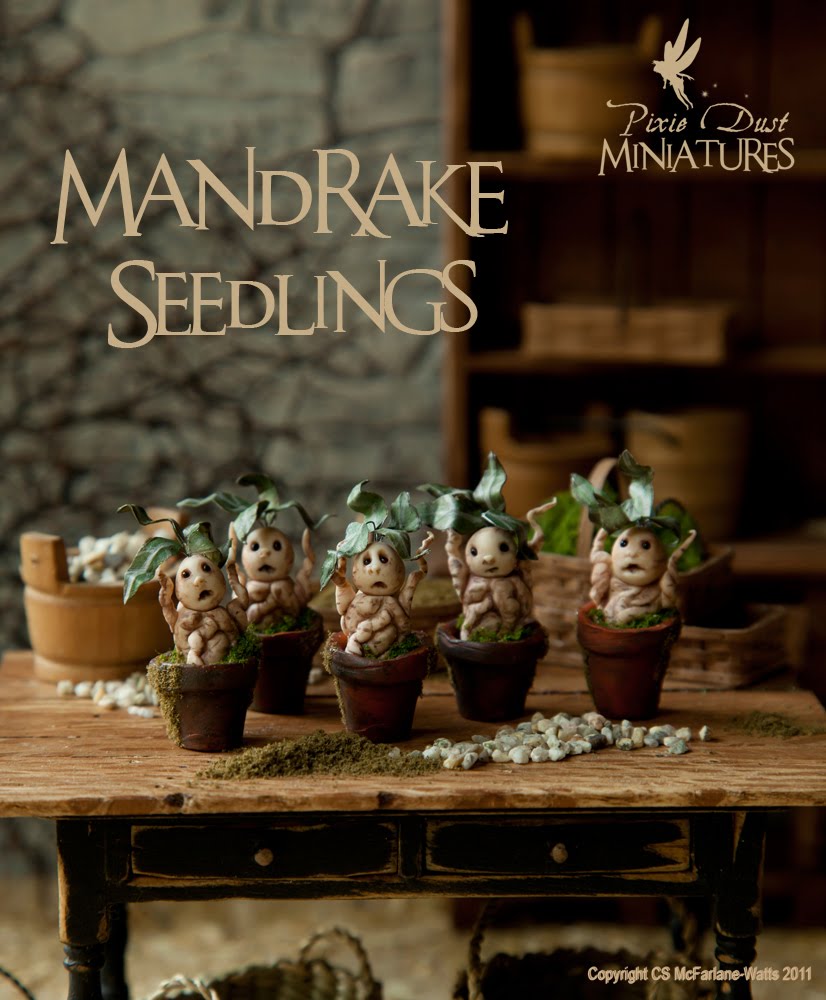 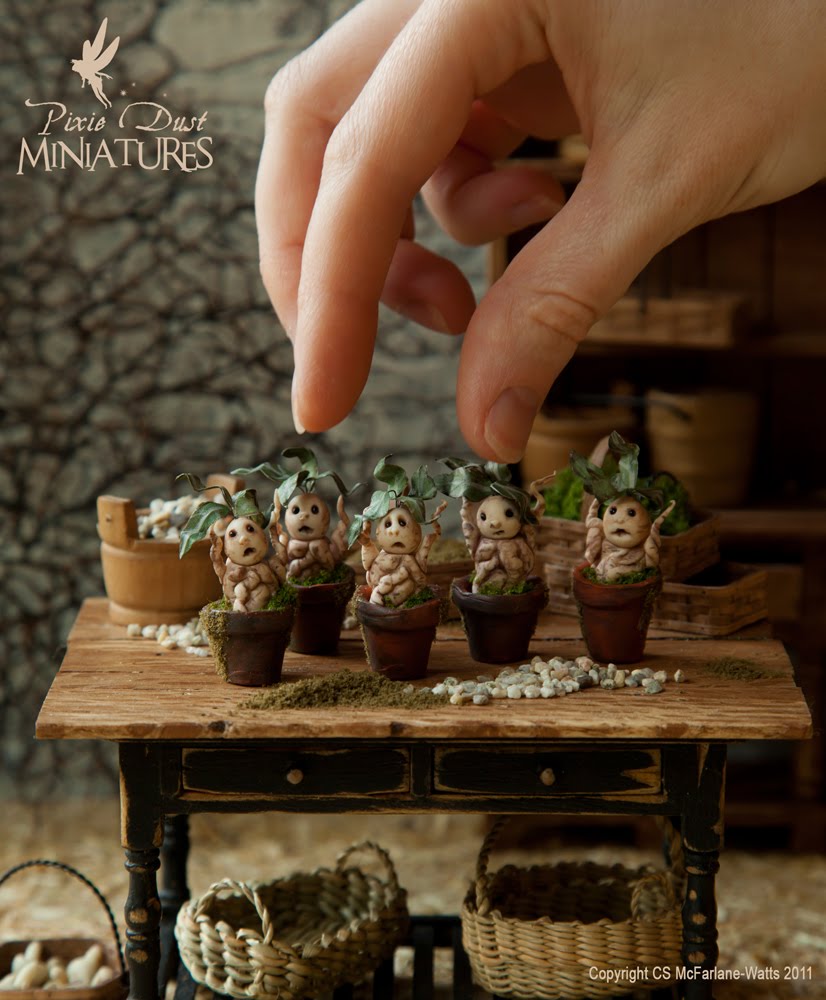 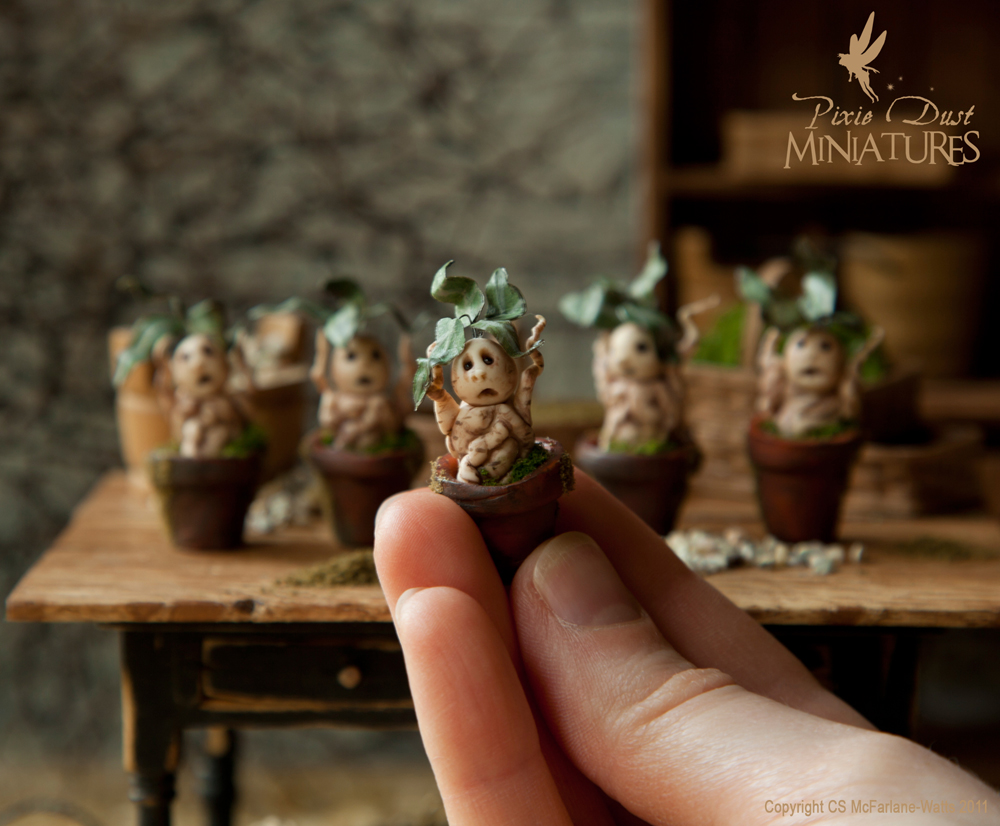 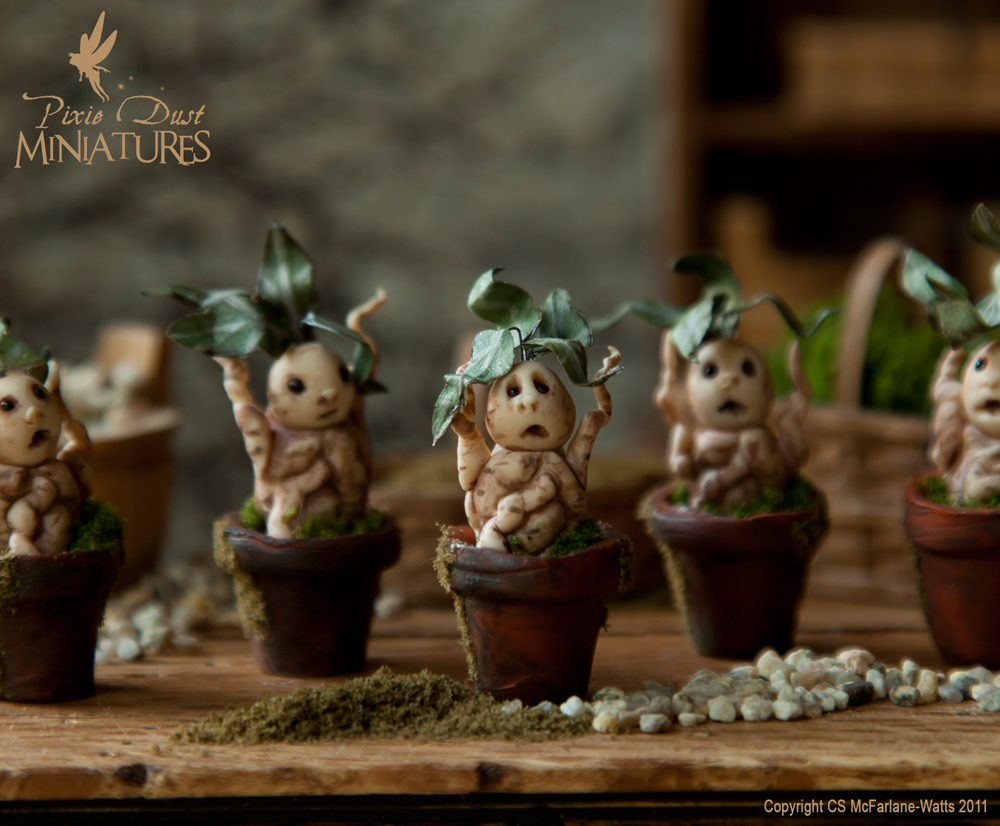 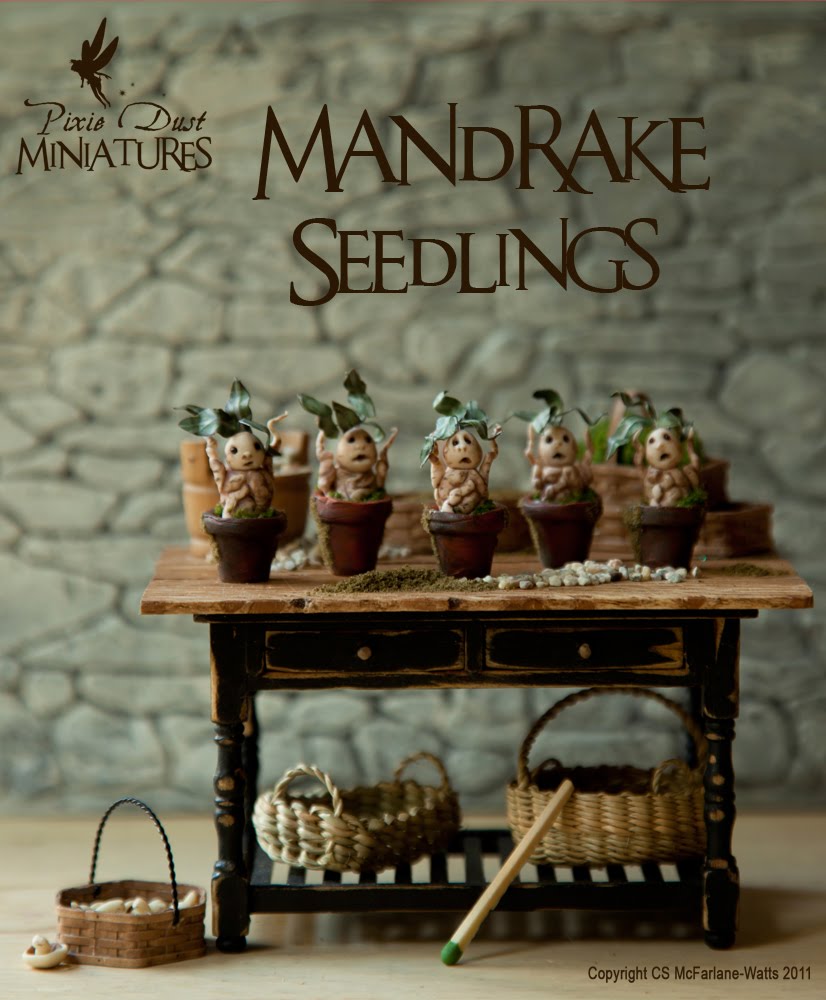 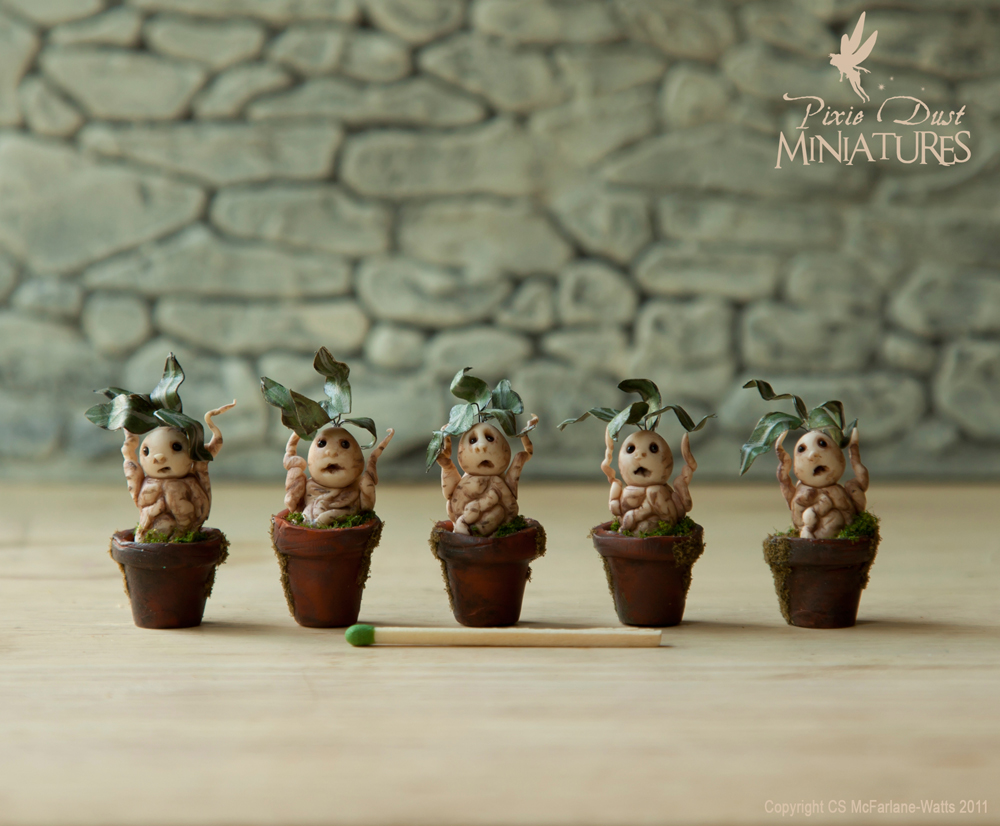 And to give you an idea of scale, here they are on my iPhone! ;) 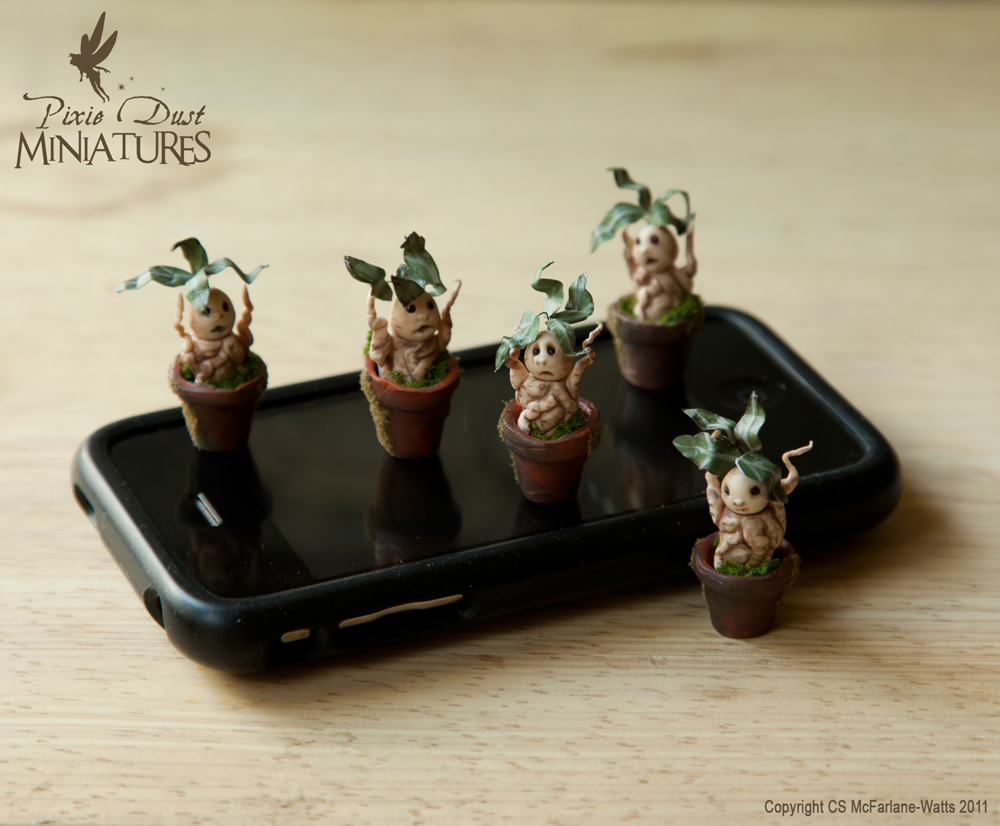