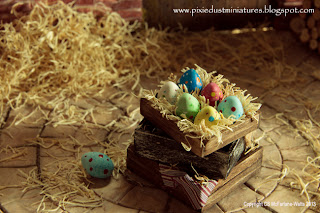 Lucian 'the Dragonkeeper', as he is known by his friends and enemies, keeps in scarce contact this time of year. Knowing that it is the time of year the dragons hatch their young he's wise to do so. None can get close to the nest of a dragon like Lucian and fewer have a scorched tale to tell of failed dragon egg theft. He has a sort of knack for it and if you're in the need of a dragon egg then there's only one wizard to go to.

Draco Niveus - the dragons of the Nordic mountains... Draco Serpens which slither in the low black rocks of China... Draco Albion - the great beasts of the British Isles... name any of the seven species of dragon and Lucian knows where and how to steal their young.

Enough about the sordid Dragon Trade. If you want a crate of eggs you know who to come to. I am selling them in store now.

Interested in the making of? I blogged about them a few weeks ago here, and it's worth remembering that a full tutorial will be available towards the end of this year in a miniaturist magazine (I'll say who and when nearer the time). ;) 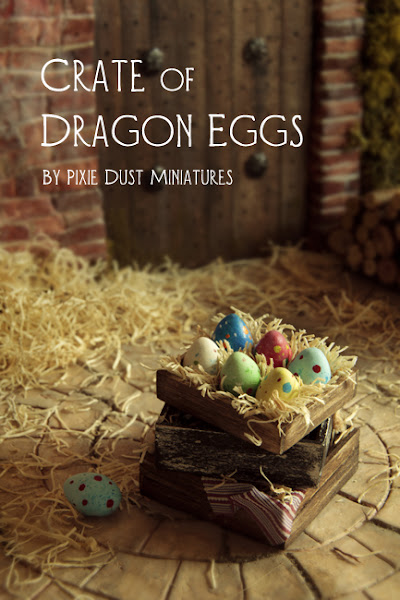 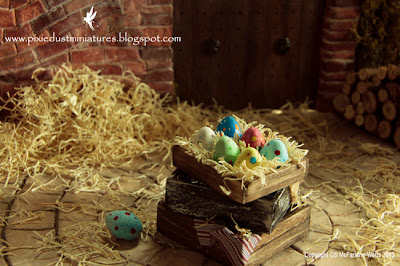 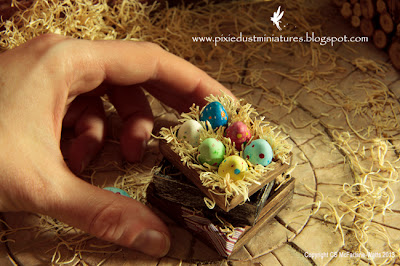 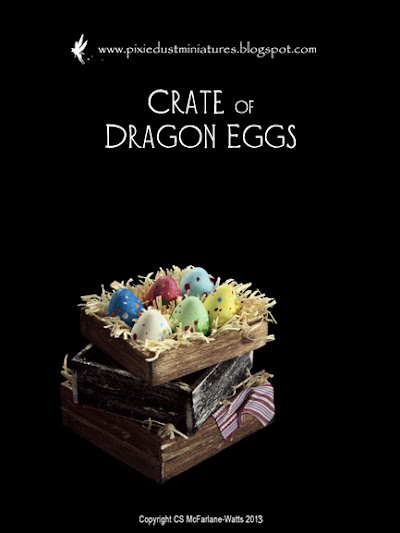