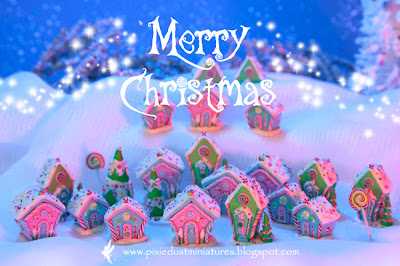 Merry Christmas to all my friends, fans and customers!

Contrary to initial plans, I spent Christmas in England instead of America. My plans are now to head back to Los Angeles within early January (if visa plans hold up). :)

So, I had the most wonderful Christmas at home with my incredibly large (and expanding) family. We started the day with champagne, devils on horsebacks and quail eggs with Cornish sea salt. Then my mum made a 26 lb turkey with homemade traditional apple and pork stuffing, chipolatas, roast parsnips, roast potatoes, roast carrots, Brussels sprouts and amazing gravy. We pulledcrackers, doused the pudding with brandy and lit it ablaze and had it with double cream and brandy butter. Later on we ate mince pies with mulled wine. The following day (Boxing Day) my mum made lobster thermidor as an hors d' oeurve followed by 3 roast ducks between 11 of us with braised red cabbage, mashed swede, English peas, apple sauce and again - phenomenal gravy. We finished with trifle and chocolate roulade.

Okay - so out of my non-British friends - how much of the above did you understand? Come on, be honest - not much, right?! I provided links with definitions to some of the above I thought my non-British / non-European friends might not be familiar with.

And now for the fun stuff...... it's COUPON TIME!! I am starting my January sales early! 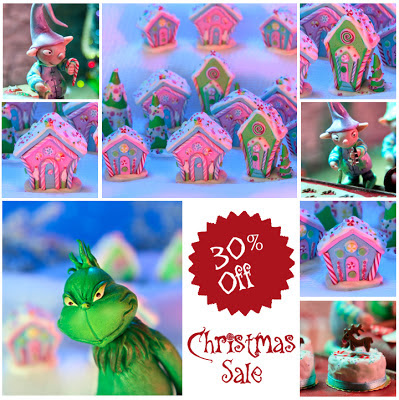 How. To. Use.
Just click to buy whatever you like, and then before you pay you just need to enter the coupon code: JAN2013 at the checkout. 30% will be deducted from your entire order but not from postage.


This coupon is valid at my online Pixie Dust Miniatures store only.


It's available right away and expires on January 8th. 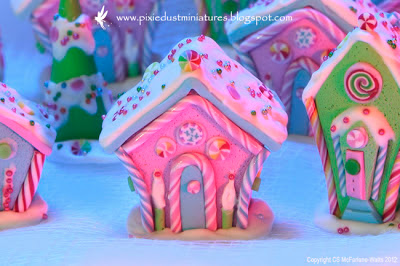 Trudge through the snow, away from your world and far from the madding crowd, and you may just find yourself in a clearing, sparkling with snow and a marvelous village of houses made from candy and gingerbread.
My Pixie Dust Miniatures scouts found this village and I've separated the houses and made them available for sale at my online shop this Christmas 2012.

All in one inch scale (1:12 scale) and entirely handmade by myself including every piece of candy and candy cane. Everything is made to my own designs. Some of the candy has hearts or Christmas trees inside - measuring just 2 mm in width. I've given everything a Willy Wonka inspired, whimsical appearance.

These three gingerbread house designs are all available in store now. They come in pastel shades of pink, green and blue.

Read about the making of this village here. 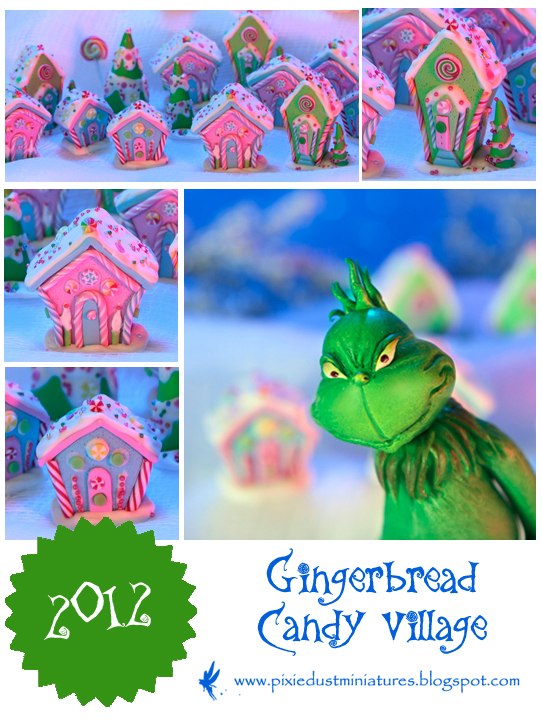 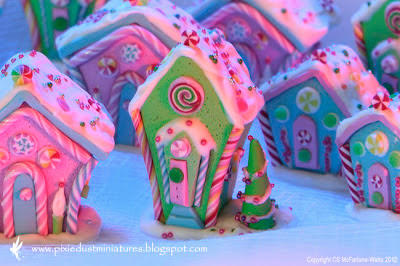 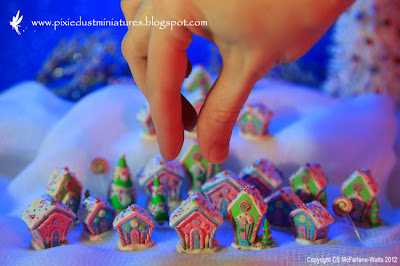 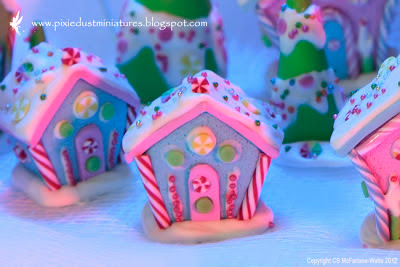 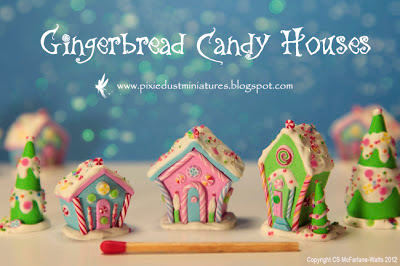 You're a Rotter, Mr Grinch! 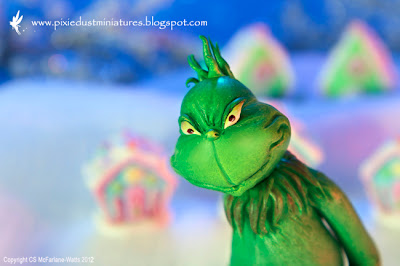 Not having grown up in America, I only discovered 'the Grinch' (a peculiar green creature who steals Christmas - created by Dr Seuss) at the recent age of 29. I only actually watched the cartoon this festive season! Good thing too as I needed to create a winter wonderland this Christmas and a hand-sculpted rendition of the 'rotter' in question.

Here's my Grinch... he's absolutely not spot-on but he's okay for a first draft. Not that a second draft is on the cards - this was a quick make which I did in a couple of hours a few days before I caught my flight out of New Zealand.

He's one inch scale, as is the candy gingerbread village display which he is disrupting.

Pixie Dust Miniatures has re-opened after a few days closure whilst I packed up my entire apartment and workshop and left New Zealand (after a 5 month stay there). You can find my online shop here.

Thank you for your patience whilst I took a little longer to re-open than planned. The 30 hour flight (pausing in Auckland and then Hong Kong along the way) was fine but on arrival in Heathrow, London, I found that one of the large suitcases containing my miniatures, tools and craft supplies had split right open and there was a gaping hole in it! All's fine now and the airline even sent me a brand new suitcase.

New Christmas miniatures will be made available in store very soon, I promise.

Please also note that Pixie Dust Miniatures will be stationed in the UK for a few weeks and then returning to California, USA after that. :) 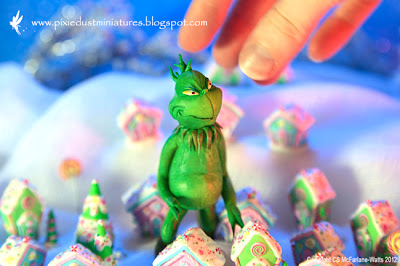 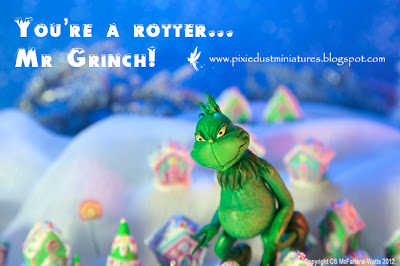 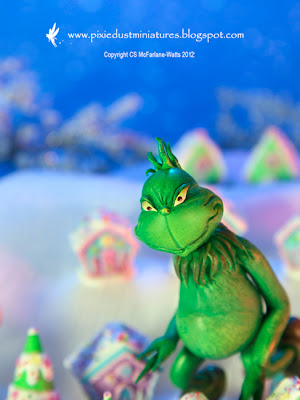 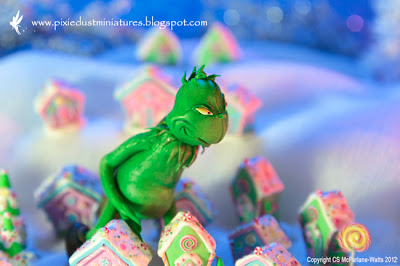